Where should you go for college? (Top 5 National Universities as of 2019) 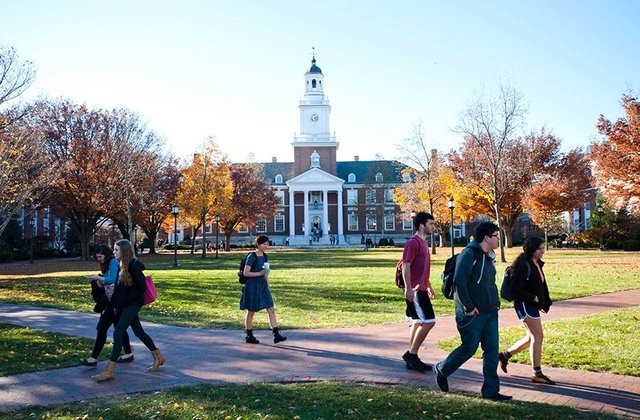 Wondering where to go for college? That’s a tough one. It’s a decision that could literally change your whole life for the worse or for the better. That’s why students are always advised to make as much research as they can before starting their college applications.

If that’s what you’re doing right now, you’re in the right place! I have here the list of the top 5 National Universities from all across the country, together with some details of why you should think about applying for them.

We will also be including their world rankings which was measured by The CWUR (Center for World University Rankings based on the college’s 1, quality of education, 2, alumni employment rate, 3, faculty quality, 4, research output, 5, quality of publications produced, 6, influence, and 7, citations from the research papers produced.

Now, without further adieu, here’s an in-depth look of those colleges that made it to this list.

Princeton ranked number 1 in the U.S. and number 7 in the world. Located at the town of Princeton, New Jersey, this university has been home to great minds since 1746—making it one of the oldest universities in the country.

Some of the most popular majors applied for in this college are Engineering, Social Sciences, and Biological and Biomedical Sciences.

If you’re planning to apply here, remember that you can apply as early as November 1, and the deadline for application is on January 1.

Ranking 2nd in the U.S. and 1st in the world, this private university is one of the most sought-after colleges worldwide. This university, located at the urban town off Boston, Massachusetts has been founded in 1636, and since then has produced eight U.S. presidents.

Similar with Princeton, you can apply to Harvard as early as November 1, and the deadline for application is on January 1, but their deadline for your SAT or ACT scores are on March 6.

The most popular majors include Social Sciences, Biology, Biological Science, and Mathematics.

Columbia University ranked 3rd in the U.S., tying with 3 other schools. Its world ranking is at 6th and aspiring applicants can start their application as early as November 1 (deadline is also on January 1). The deadline for submitting your SAT or ACT scores are on February 1 and take note that there is an application fee of $85.

Some of the most popular majors here are Social Sciences, Engineering, and Biological and Biomedical Sciences.

This scientific and technology-centered institution ranks 3rd in the U.S. and also 3rd in the world. One of its well-known alumni is astronaut Buzz Aldrin from Apollo 11. The dates and deadlines for application are similar to Princeton and Harvard and their application fee is at $75.

If you’re looking to major in Engineering, Computer and Information Sciences and Support Services, Mathematics or Statistics, this is the university you should aim for.

Founded in the early 1890s, this urban university also ranked 3rd in the U.S. and 10th in the whole world. It’s known for its great faculty. Columbia University graduate and former president, Barack Obama taught for 12 years at the University of Chicago Law School.

If you’re eyeing majors such as Econometrics and Quantitative Economics, Biology or Biological Sciences, Mathematics, and Political Science and Government, the University of Chicago is definitely a good choice.

This university, located in the town of New Haven, Connecticut, ranks 3rd in the U.S. and 11th worldwide. Known for its esteemed drama and music programs, it is not a surprise that this university is also known for their not so secret “secret societies,” where even the former president George W. Bush was a part of.

The application dates are mostly similar to the colleges mentioned above, and Yale charges an application fee of $80.

Social Sciences, History, Multi and/or Interdisciplinary Studies, Engineering, and Area, Ethnic, Cultural, Gender, and Group Studies are just some of the most popular majors applied for in Yale.

One thing that these universities have in common is their extremely low acceptance rate. Meaning, your chances of getting into these colleges are pretty slim. So it is extremely important to maintain a good GPA in High School and do well on your admission exams.

And that is where we, from On Track Learning, can help you. With our state of the art facilities and a highly skilled team of tutors, getting those grades up and acing that SAT/ACT would be a breeze!

Workplace Mentoring and its Importance

The finest employees are the ones that organizations are always seeking ways to keep. Fortunately for them, the majority of workers...

My Tips for Writing Essays Part 3: Mining for Sources

In the last part of this blog series on my best essay writing tips, I talked about “KISS”.  Many students get stressed out...

The Importance of Playtime: Why Do The Best Preschools In Bangalore Adapt It Into Their Early Years Curriculum?

Does your little one always want to play? Are you concerned that all of this playtime will cause him/her to lose interest in school? Well,...

Sign-Up To Get Your Free Bonus In fun88 entrance

While the popularity of internet casinos continues to be around the drop in recent times, you can still find lots of people who love...

Pivotal Strategies for Students to Be Successful in College or School-

Introduction: Many students are there who want to be successful in their academics and other school events. So, there is only one word...