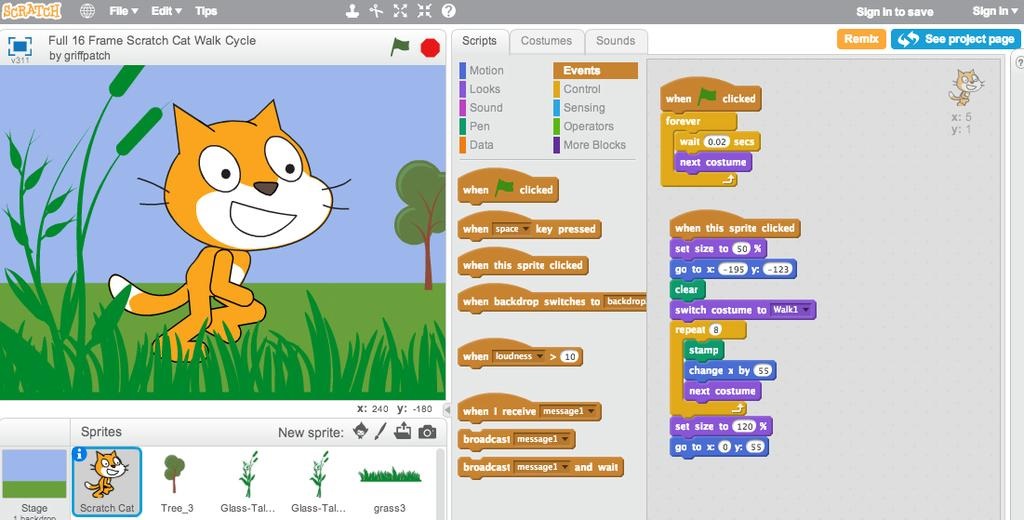 So you have decided to send your kids for programming classes. Well, that’s one of the best things you can do for your kid’s bright future.

What Are The Best Programming Languages For Kids?

Here is the list of best coding for kids. If you want to teach coding to your kid, then you better start with any of these programming languages.

This is one of the most popular programming languages for kids. It is developed by MIT’s Lifelong Kindergarten Lab that offers tutorials, instructions for parents and much more.

Kids cannot only learn scratch on the computer but there are cards as well. You can use these cards to teach the language to your kids when they are away from their computers.

Scratch is known to make use of building-block visuals to provide a great learning experience to the kids. This language can be used in real games and animations with the help of pre-populated characters and images.

This is a 3D programming tool that is developed to teach object-oriented programming languages such as C++ to kids. It makes use of building blocks to allow kids to get creative. It helps them to create their animations and games by programming 3D models, scenes and camera motions.

Alice is not only easy but also fun to learn. It offers features such as an easy play button and drag-and-drop. All this together makes this programming language interesting for the kids.

The next best programming language for kids would be Twine. If your kid is naturally interested in telling stories or creating games, then this could be the best option for them.

Twine happens to be a non-linear storytelling app that can be used by people of all ages. This means not only kids but even you can use it. The best thing about twine is that you don’t have to learn any coding to use it.

You can start your kid’s coding journey with these programming languages and tools. These are both easy and fun to learn.